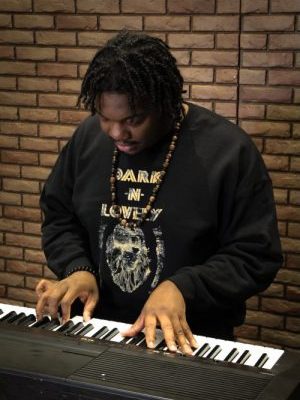 Meet our newest Artist Mentors who will be working with Hope Academy students!

Terry Vincent (Terry V) is a local artist, producer, and designer who makes music, graphics, and clothing. His passion for the arts started as a youth in church. He joined the choir, played in the band, acted in church plays, and he has even written and directed some of those plays. Terry V believes that the arts are a powerful and creative tool that can influence the world, no matter the outlet.
In addition to creating art, Terry has also hosted and thrown events, and fundraisers in the city of Minneapolis. He’s also started a company King Industry, to provide a platform to help individuals create and use their talents without boundaries, or conforming to the ways of the world.
He hopes to continue to grow his brand King Industry, and influence the world with his art in a positive light.

Damian Leverett is a theater artist and educator in the Twin Cities. He has performed with the Guthrie, Yellow Tree Theatre, Bucket Brigade, and many other theaters locally and regionally. He is a founding member of The Orchard Theater Collective and teaches theater, apologetics, and health and recreation at Hand in Hand Christian Montessori. He is passionate about connecting art and faith in the lives of young artists. He graduated from the Guthrie/UMN BFA Actor Training Program in 2017.