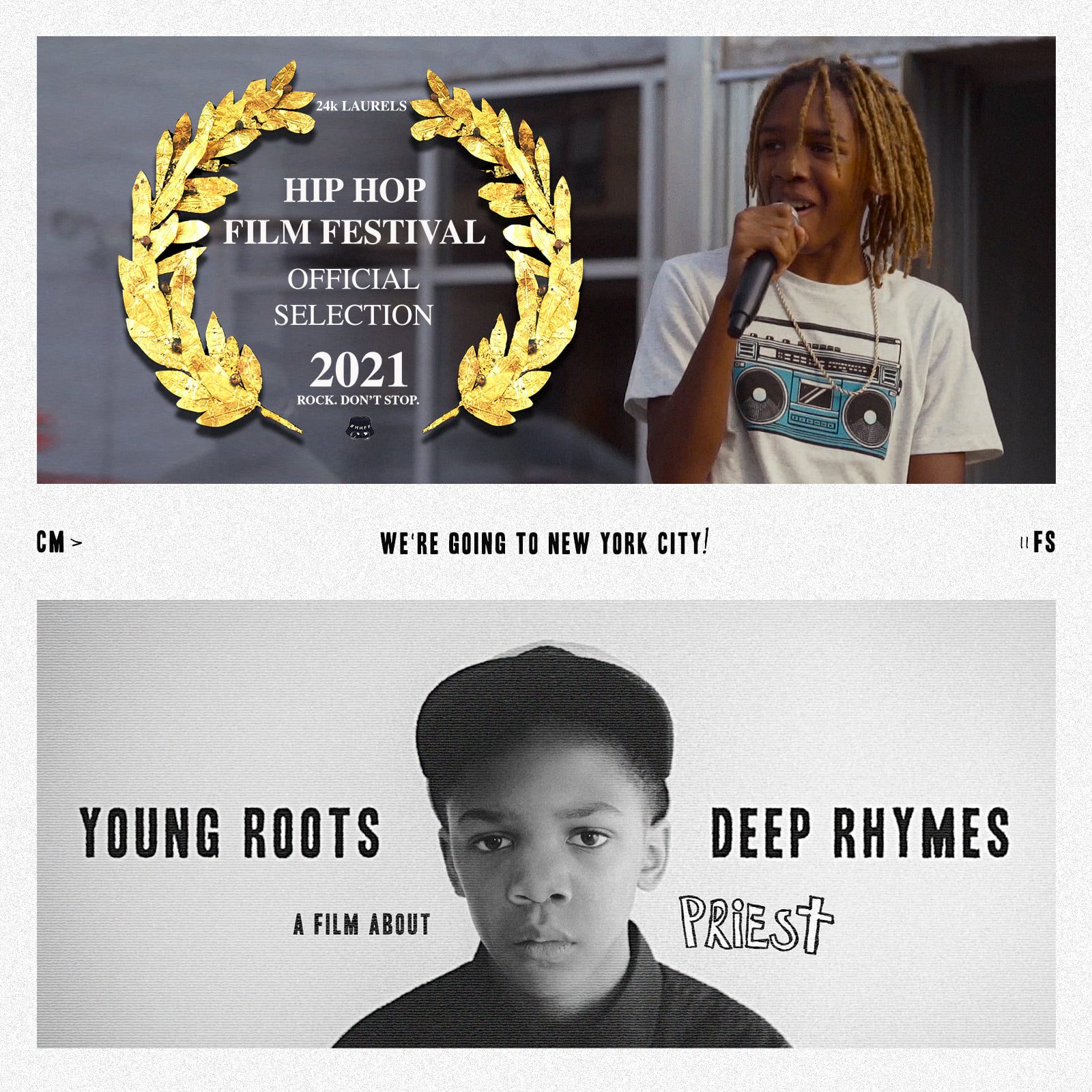 This seems unreal, but our film “Young Roots, Deep Rhymes: a film about Priest” is an official selection in the Hip Hop Film Festival NYC

“Priest Jones is a young emcee from North Minneapolis who released his debut album at the age of ten and has performed over 100 shows nationwide. His deep knowledge of hip-hop and dynamic belief in each persons potential, combine for a much needed voice in culture.”